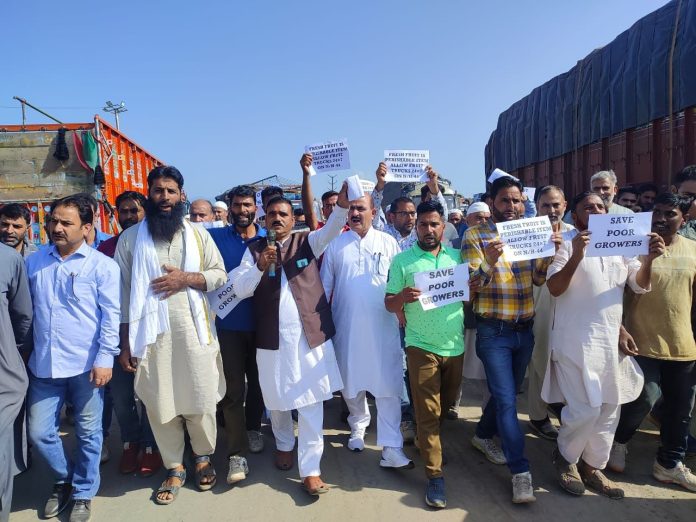 Reports said that the fruit growers were demanding smooth transportation of fruit-laden trucks along the national highway.

Talking to a local news agency, Kashmir News Observer (KNO), the president of Fruit Mandi Sopore, Fayaz Ahmed Malik said that they have already suffered heavy losses during the last several years due to natural calamities and continued blockage of the National Highway and now unnecessarily stoping of fruit-laden trucks are compounding to their miseries.

He alleged that the authorities are unnecessarily stopping trucks and it seems they deliberately want them to suffer.

Notably, trucks were earlier stopped in view of the Amarnath Yatra, however, following protests and several representations, LG Sinha passed directions to the concerned not to stop the fruit-laden trucks along NH-44. (KNO)