Fresh snowfall in most parts of Kashmir, rains lash plains 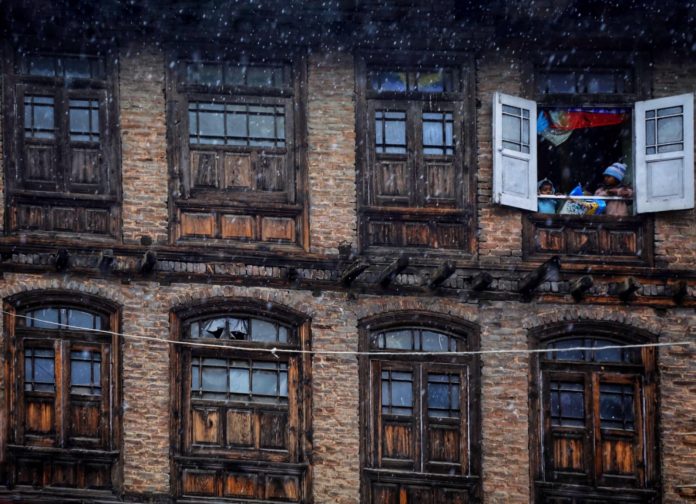 Srinagar: Rains lashed plains of Srinagar while most places including Gulmarg received snowfall in Kashmir Valley, officials said on Saturday.

A meteorological department official here told GNS that Srinagar received 1.6mm rainfall in last 24 hours till 0830 hours today while the summer capital of the J-K recorded a low of 2.3°C against last night’s 2.8°C.

Gulmarg had about 12cms of fresh snowfall during the time and recorded a low of minus 6.5°C against minus 7.5°C on previous night, he said.

The temperature was 1.7°C above normal for this time of the year in the famous resort in north Kashmir’s Baramulla district.

Pahalgam, the famous resort in south Kashmir, had 3.5cms of snowfall and recorded a low of minus 2.4°C same as on the last night, he said.

Qazigund, the gateway town of Kashmir, had 3.6cms of rainfall and recorded a low of 0.2°C against 1.6°C on the previous night, he said.

Kokernag, also in south Kashmir, had 2.5cm of snowfall during the time and recorded a low of minus 1.9°C against 0.4°C on the previous night, the official said.

Kupwara town in north Kashmir received 0.0mm of rainfall during the time while as it recorded a low of 1.4°C against 1.2°C as on the previous night, the official said.

Jammu, received 1.4mm of rains and recorded a low of 10.1°C against previous night’s 10.6°C which is 3.1°C above normal for the J-K’s winter capital during this time of the year, he said.

“Under the influence of this system, widespread rain/snow is most likely to occur during 22nd and 23rd January,” the official told GNS. He said the system will most likely to concentrate over Jammu Division, Pir Panjal Range and South Kashmir.

“Moderate rain in plains with snow over higher reaches (heavy rain/snow at isolated places) of Jammu Division is expected during the above period,” he said.

Light snow over plains and moderate snow over middle and higher reaches of Kashmir Division is also expected particularly over Northwestern, Northern and central parts of Kashmir.

Regarding possible impacts, he said, there may be temporarily disrupt Surface and Air Transportation on 22-23rd. “( Probability of Occurrence as of today 75%) .

He said there could be landslides in vulnerable spots of Jammu-Srinagar Highway and other major hilly roads. (GNS)