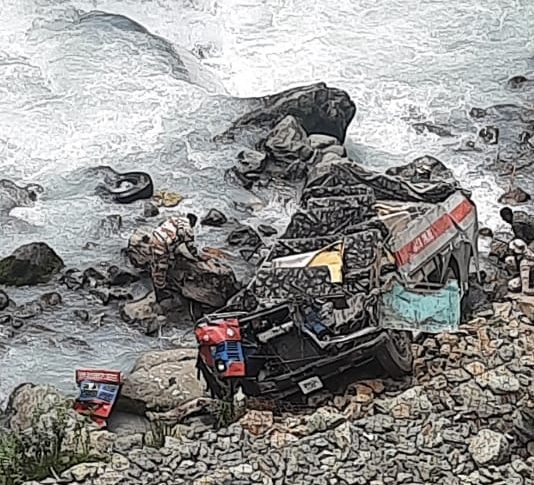 At least four personnel of Indo-Tibetan Border Police (ITBP) were killed while 37 others were injured, some of the very seriously, after a bus they were traveling in skidded off the road and rolled down to a gorge near Zig Chandanwari in Anantnag district of south Kashmir on Tuesday.

The bus carrying personnel from ITBP, deployed for yatra duties, was returning from Chandanwari when the driver lost control over it and the vehicle fell into a gorge, official sources told a local news agency, Global News Service (GNS).

Under what circumstance the driver lost control was not immediately known, they said. Four personnel died on the spot while at least 37 others suffered injuries, mostly serious, they said.

A massive rescue operation has been launched to remove the injured personnel to the hospital, they added.

SDPO Pahalgam Fahad Tak confirmed to GNS that “three to four personnel died on the spot and 37 others were injured”. He said the injured have been evacuated to the hospital. (GNS)