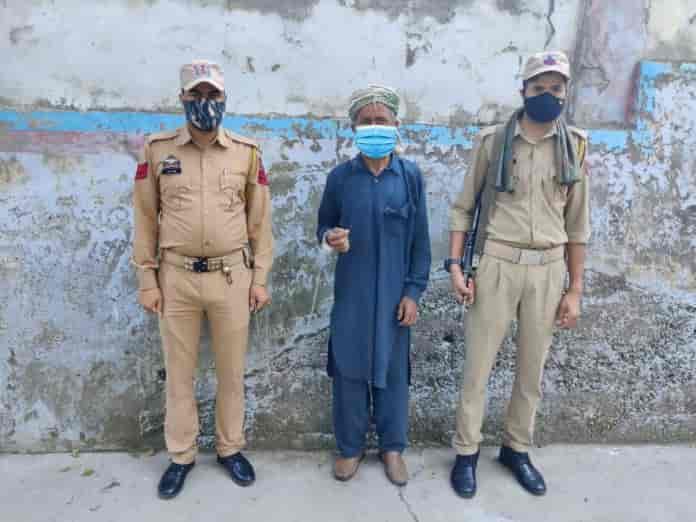 Police on Saturday claimed to have arrested a former militant of Hizb-ul-Mujahideen who was evading arrest since 19 years in Kishtwar district of Jammu division.

In a statement to a local news agency, Global News Service (GNS), the police said that Kishtwar Police of Police station Chatroo in yet another success measure have apprehended another absconder,(Ex-Militant) who was evading arrest from the last 19 years.

The statement further stated that on a specific information received through reliable sources a special police team of police station Chatroo was constituted. The team led by SHO Chatroo Insp Sandeep Parihar alongwith his team under the supervission of Dy.SP DAR supervisory officer of Police station Chatroo Dhiraj Singh Katoch raided the suspected locations and arrested the absconder.

“The arrested absconder (ex-militant), identified as Dulla @Jameel son of Ghulam Bakarwal resident of Arnas Reasi at present Kundwar Chatroo Kishtwar, was wanted in case FIR No. 38/2002 U/Sec.435/120B/ RPC 7/27 IA Act registered of Police Station Chatroo. Thereafter said absconder has been produced before the Hon’ble Court of the Principal District & Session Judge Bhaderwah and accordingly on the orders of the Hon’ble Court the accused has been lodged in judicial custody,” reads the statement.(GNS)

Two tipper drivers were crushed to death after coming under falling stones at a stone quarry in Drangbal area...
Kashmir