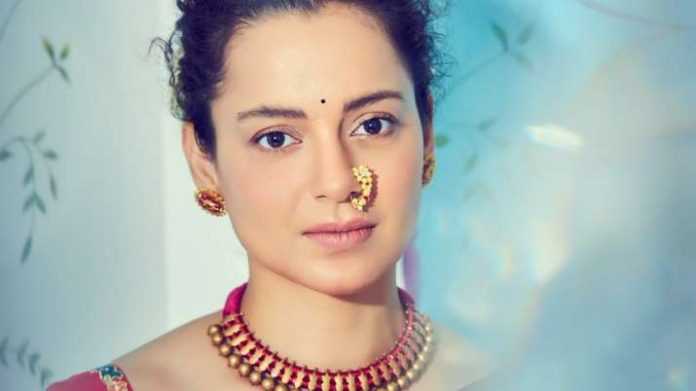 An FIR has been registered against actor Kangana Ranaut in Mumbai on Tuesday following a complaint by members of the Sikh community for allegedly using derogatory language against them on social media, news agency ANI reported.

The complainants accused Ranaut of “intentionally and deliberately” portraying the farmers’ protest (Kisan Morcha) as a “Khalistani” movement and calling the Sikh community “Khalistani terrorists”.

“Khalistani terrorists may be arm twisting the government today… But let’s not forget one woman… The only woman prime minister ne inn ko apni jooti ke neeche crush kiya tha (the only woman PM who crushed them under her shoes). No matter how much suffering she caused to this nation… she crushed them like mosquitoes at the cost of her own life… Lekin desh k tukde nahi hone diye (but she did not let the nation get divided),” the controversial actor had posted on Instagram recently.

The FIR was lodged at the suburban Khar police station a day after the complaint against the actor.

Ms Ranaut (34) was booked under section 295A (deliberate and malicious acts, intended to outrage religious feelings of any class by insulting its religion or religious beliefs) of the Indian Penal Code (IPC) and further investigation was underway, an official told PTI. A delegation led by Mr Sirsa had met Maharashtra Home Minister Dilip Walse Patil and top officials of the Mumbai police and demanded action against Ms Ranaut.

Ms Ranaut was last year asked to apologise for her “derogatory” tweet on an elderly woman who she said was “available for ₹ 100”, suggesting she can be hired to attend protests. The Delhi Sikh Gurdwara Management Committee (DSGMC) had sent a legal notice to the actor.

“We have sent a legal notice to @KanganaTeam for her derogatory tweet calling the aged mother of a farmer as a woman available for ₹ 100. Her tweets portray farmers’ protests as anti-national. We demand an unconditional apology from her for her insensitive remarks on farmers protest,” DSGMC chief Manjinder Singh Sirsa had tweeted then.