FakeNewsAlert: “Kandur” in Lal Bazar locality has not tested positive for COVID-19 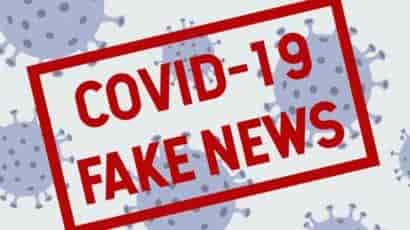 Srinagar: The rumours about a breadmaker (Kandur) testing positive for the coronavirus in Lal Bazar neighbourhood of Srinagar is fake.

Hundreds of people in Kashmir, including politicians, have fallen prey to this fake news and it has sent shock waves across the neighbourhood.

The post that was first shared on WhatsApp soon it found it’s way onto Twitter and Facebook, where thousands shared and commented on it, “Breadmaker (Kandur) of Alamdar colony Lalbazar, Srinagar turns out to be positive for Coronavirus. Situation tense. Police on speakers asking people to report who so ever brought bread from there,” read the viral post.

However, Station House Officer, Lal Bazar Police Station, G. P. Singh rubbished the rumours saying that it was absolutely false. “It is absolutely fake, no announcement on loudspeakers was done,” he said. “Why should we do it when authorities haven’t asked us to.”

The police officer further appealed people to cooperate so that the curve could be flattened. “We have it under control, I appeal people through your medium to stay inside their homes so that we can defeat it [COVID-19],” Mr. Singh told The Kashmir Walla.

National Conference leader Tanvir Sadiq also fell for the ‘Kandur’ fake news. “I am sure 99% will not be infected but 90% of the people will not come forward because we are panicking them,” Sadiq wrote on his twitter handle.

Ever since the outbreak of pandemic, fake news regarding individuals or a group testing positive or being more vulnerable to the infection has been doing rounds on various mediums. Not only common people but celebrities and politicians have also fallen for it.