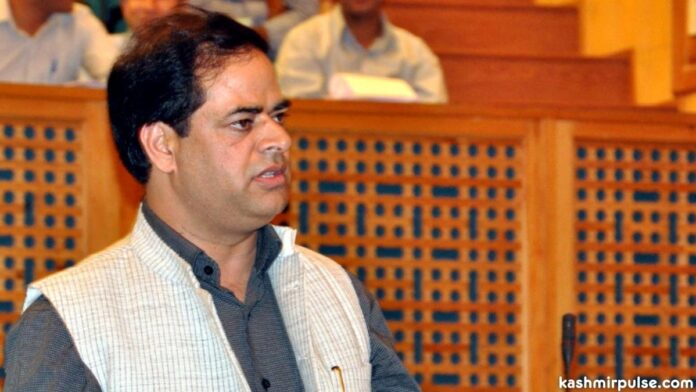 A day after Apni Party chief lashed out at former CM Ghulam Nabi Azad, the newly appointed Jammu and Kashmir Pradesh Congress Committee (JKPCC) chief, Vikar Rasool Wani on Monday said that “A” and “B” teams of BJP have started pulling legs of each other.

“Anyone who wants to leave Congress can go and those who want to stay are welcome and they will be the pearl for the party,” Wani said while talking to media persons here at the party’s Srinagar headquarters.

As per a local news agency, Kashmir News Observer (KNO), Wani said that there is no doubt that he was a loyalist of Ghulam Nabi Azad and has always raised Azad’s slogans for the past many years. “But, as it was already planned, Azad has never disclosed anything to me about leaving the party, rather he always taught me how to strengthen the party?” he said.

“In my political career, I have never seen such immoral politics from anyone,” he said, terming Azad’s resignation after 50 years of affiliation with the party as “disheartening”.

Asked about the allegations levelled by Apni Party president Syed Altaf Bukhari against former CM Ghulam Nabi Azad, Wani said the BJP has trying to form new parties in J-K and every single party is affiliated with them either directly or indirectly.

“You will continue to see such fights between A and B teams of BJP from now onwards as they have been following their (BJP) directions,” he said. Bukhari had accused Azad of being in cahoots with BJP and held him responsible for the abrogation of Article 370.

“I appeal to the people to stay away from these parties. It is only Congress that can never be part of BJP,” he said. (KNO)