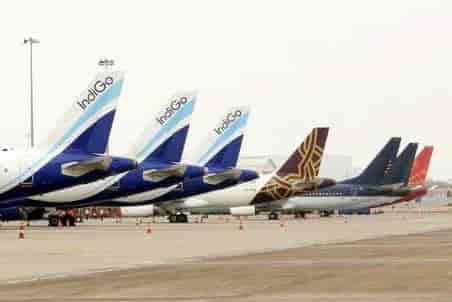 To check incidents of collision of planes with birds and other animals at airports across India, aviation regulator DGCA on Saturday issued guidelines for them that included carrying out routine patrols in random patterns and informing pilots whenever there is any wildlife activity.

There have been various incidents of bird hits during the last few weeks. On August 4, Go First’s flight to Chandigarh returned to Ahmedabad on Thursday after suffering a bird hit.

On June 19, an engine on a SpiceJet Delhi-bound aircraft carrying 185 passengers caught fire soon after it took off from the Patna airport and the plane made an emergency landing minutes later. The engine malfunctioned because of a bird hit.

The regulator stated in its Saturday circular that all airport operators are requested to review their wildlife hazard management programme to identify the gaps and ensure its strict implementation in and in the vicinity of an aerodrome.

The Directorate General of Civil Aviation (DGCA) asked the airports to carry out a wildlife risk assessment and rank them according to the risk posed to aircraft.

The airports must have a procedure to monitor and record wildlife movement data, it said.

The airports should also have a procedure to notify pilots “in response to any significant wildlife concentration or activity both on and in the vicinity of the airport”, it mentioned.

Routine patrolling is the core of the wildlife hazard management programme, it said.

The patrols should be carried out in random patterns rather than a regular route so that wildlife do not learn or become accustomed to the timing of patrols, it mentioned.

“Aerodrome operators are directed to forward monthly action taken report on the implementation of wildlife hazard management programme and also provide wildlife strike data by 7th of every month,” it noted. (PTI)

Previous articlePakistan to attend SCO counter-terror drills in India: Foreign office
Next articleRajasthan Royals owner slapped me after getting out on a duck: Ross Taylor