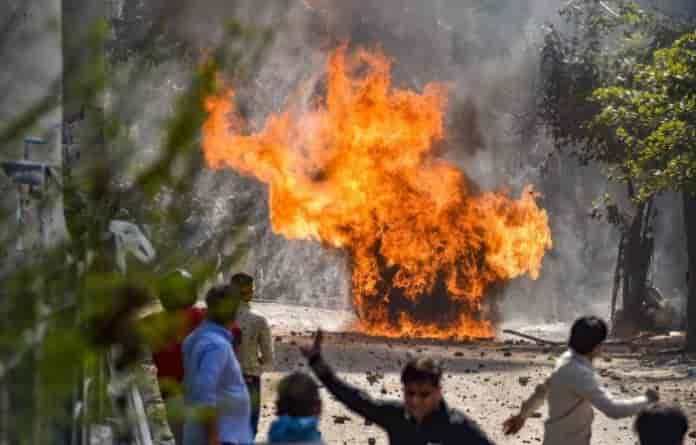 Congress Interim President Sonia Gandhi lashed out at the BJP saying the Centre and the Union Home Minister was responsible for the present situation in Delhi.
Gandhi also demanded the resignation of Union Home Minister Amit Shah.
She further said. “There is a conspiracy behind the violence, country also saw this during Delhi elections. Many BJP leaders made inciting comments creating an atmosphere of fear and hatred.”
On Delhi Police that has been scrutinized for it’s role,  Gandhi said that Delhi Police has remained paralysed. “In the last 72 hrs-around 18 lives have been lost so far, including a head constable,&hundreds are in hospital, many with gunshot injuries. Violence continues unabated on the streets.” She noted.
Gandhi also blamed Delhi Chief Minister Arvind Kejriwal, “CM& Delhi Govt is equally responsible for not activating the administration to reach out to the people to maintain peace&harmony.  It is the collective failure of both governments that have resulted in a great tragedy in the capital city. ” She was quoted as saying by ANI.

Previous articleHindu Rashtra’s reality is staring us in face
Next articleOur minorities are equal citizens of country, anyone targeting them will be dealt strictly: Imran Khan reacts to Delhi violence