DDC polls: Security not being provided to our leaders, says Congress 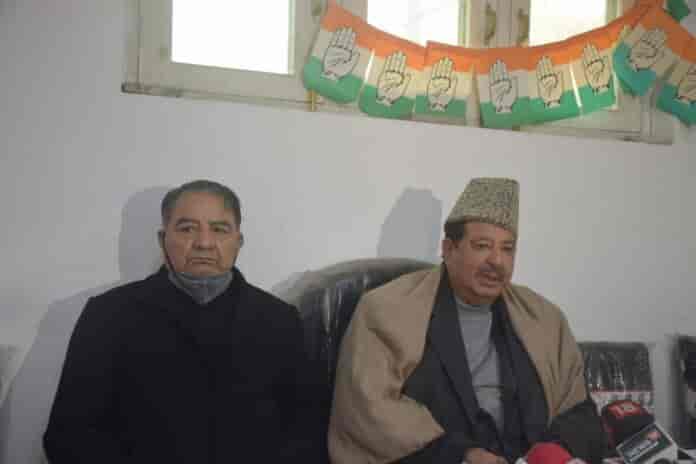 Former minister and senior Congress leader, Peerzada Mohammad Sayeed on Saturday said, “No security is being provided to the candidates as well as the leaders” amid the ongoing District Development Council (DDC) polls in Jammu and Kashmir.

Peerzada Mohammad Sayeed, who was accompanied by J-K Pradesh Congress Committee vice president, G N Monga, while addressing a news conference, said that the Congress leaders and DDC candidates are being deprived of the security, even the officials concerned don’t bother to take their phone calls.

“It is imperative to move out with the security as anyone who will raise the voice in favor of India is under threat,” he added. (KNO)

Previous articleCampaign for retrieval of Kashmir under Pakistan: BJP to Mufti, Abdullah
Next articleSon pursued justice for 25 years. But father’s killer is dead.