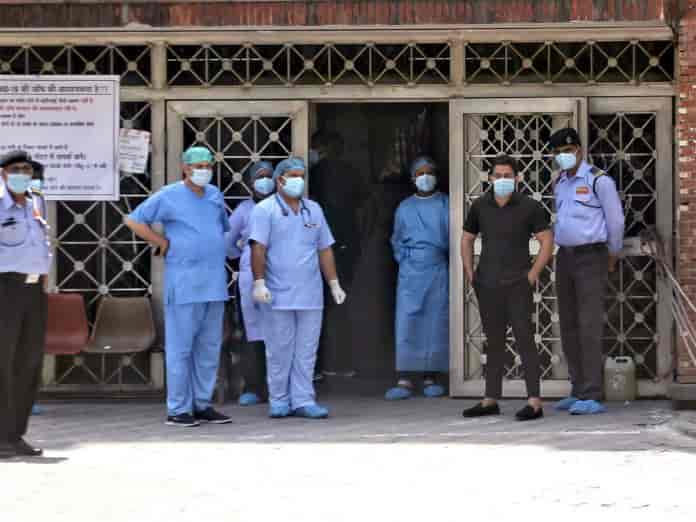 Srinagar: A group of Kashmiri people who were part of the Tableegi Jamaat in Nizamuddin Aulia Centre, New Delhi, alleged that they have been huddled in a hospital from past sixteen days while no doctors are willing to attend them.

The group has posted a letter on WhatsApp on Saturday claiming that the ward of Lok Nayak Hospital at Jawahar Lal Nehru Marg road in New Delhi is in dilapidated condition while the unfortunate part is that they get one meal in twenty-four hours.

The sister of one of these people from Sopore said that his teenage brother was tested negative when tested for COVID-19, but the para-medical staff mixed up negative patients with positive ones as a result his brother is found positive now, reported KNT.

“The ward in the hospital is in shabby condition. There is common wash room, which is filthy. Meal is being served once in twenty-four hours. Their languages have been seized,” she said. “They are unable to change their clothes. They have been left on the mercy of God and treated like criminals as they are the ones who have spread this virus.”

The letter posted by the group reads that they were first taken to Tugluqabad Quarantine Block but due to non-availability of the space, they were shifted to Lok Nayak Hospital. “Four persons were tested negative but kept with the patients who had been declared positive. We are suffering and appeal to the government to take a pity on us and treat us in a better manner.”

“They are not all infected but will certainly get infection if not isolated from one another,” said the sister of the teenage boy, admitted in the Lok Nayak Hospital.

When contacted, Divisional Commissioner Kashmir said that he will take up the matter with concerned authorities. “Please send the WhatsApp clips to Officer on Special Duty. I will take care of it,” he added. (KNT)