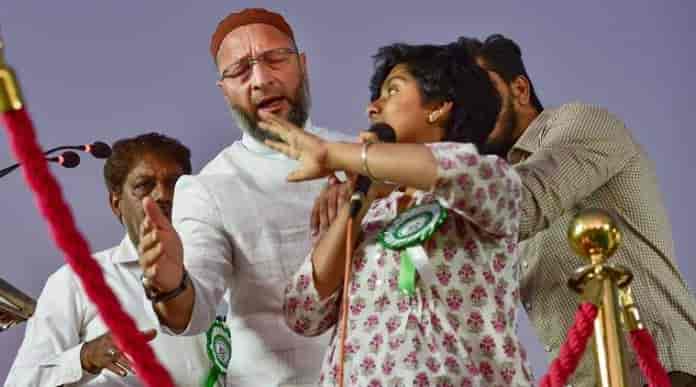 A Bengaluru court rejected the bail plea of a college student, who was accused of sedition for saying, “Pakistan zinadabad, Hindustaan zinadabad”, stating that she “may abscond” if released.

The court observed that if granted bail, Amulya Leona Noronha, 19, a student of journalism and English at a Bengaluru college, “may involve (herself) in similar offence which affects peace at large,” reported Indian Express.

She was arrested in February this year for a speech during the Citizenship Amendment Act (CAA) protests in the city, and was booked by the police under charges of sedition and promoting enmity between groups.

However, since her arrest, many people have claimed that she was trying to convey a message of universal humanity by chanting zindabad in the name of all nations, including Pakistan and India.

Amulya’s bail plea was delayed on account of the lockdown, which came into force on March 25 — around the time hearings were due to begin in a lower court. Bengaluru police did not file a chargesheet against the student during the lockdown.

The prosecutor also argued that she had earlier been accused of causing hatred and disaffection towards religion and the government established by law in India by holding a placard that stated “Fuck Hindutva” during a student protest.

Previous articleIn the face of PLA build-up from Ladakh to Arunachal, Indian Army ramps up deployment along LAC
Next articleGoing to saloon in J-K? Govt makes Aarogya Setu app mandatory