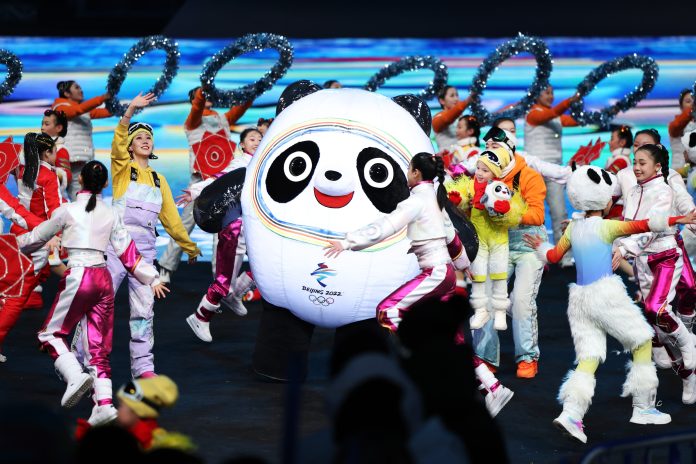 Proudly projecting its might on the most global of stages even as some Western governments mounted a diplomatic boycott over the way China treats millions of its own people.

The opening ceremony began just after the arrival of Chinese President Xi Jinping and International Olympic Committee President Thomas Bach at the same lattice-encased National Stadium that hosted the inaugural event at the 2008 Olympics.

With the dimming of the lights, Beijing became the first city to host both winter and summer Games. And while some are staying away from the second pandemic Olympics in six months, many other world leaders planned to attend the opening ceremony.

The pandemic weighs heavily on this year’s Games, just as it did last summer in Tokyo. More than two years after the first COVID-19 cases were identified in China’s Hubei province, nearly 6 million human beings have died and hundreds of millions more around the world have been sickened.

The host country itself claims some of the lowest rates of death and illness from the virus, in part because of sweeping lockdowns imposed by the government that were instantly apparent to anyone arriving to compete in or attend the Winter Games.

Today, three decades after its troops crushed massive democracy demonstrations in Tiananmen Square, killing hundreds and perhaps thousands of Chinese, the government has locked up more than 1 million members of minority groups, mostly Muslim Uyghurs from its far-western Xinjiang region, in mass internment camps. The situation has led human rights groups to dub these the “Genocide Games.”

China says the camps are “vocational training and education centers” that are part of an anti-terror campaign. It denies any human rights violations and says it has restored stability to Xinjiang, a region it insisted in the months after the 9/11 attacks was rife with extremism, often with little evidence.

Previous articleSocial media needs to be made more accountable with stricter rules: Govt
Next articlePMDP: 21 projects completed in J-K, 9 to be completed by this financial year