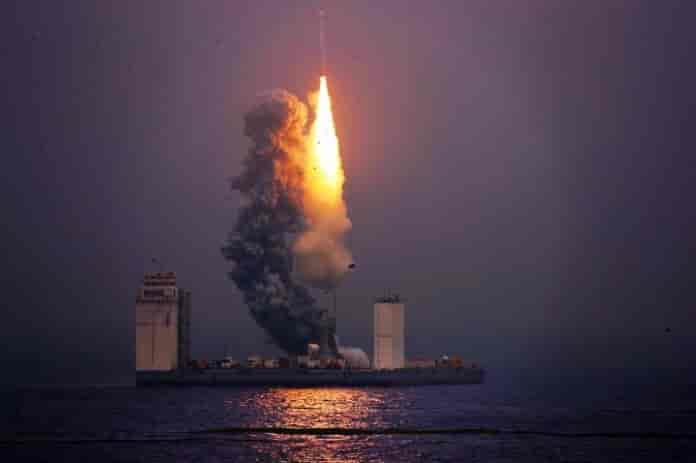 The Long March 11-HY2, the 10th member of the Long March 11 family blasted off at 9:22 am from the Debo 3, a self-propelled deck barge that was modified for the mission, China Daily reported. The nine satellites belong to the Jilin-1 Gaofen 03-1 group.

About thirteen minutes later, after travelling 535 kilometers, it has deployed nine Jilin 1 high-resolution Earth-observation satellites, three to take videos and six to take photographs in sun-synchronous orbits, the report said.

Each of the satellites, developed by Changguang Satellite Technology in Changchun, Jilin province, weighs about 42 kgs.

They will provide remote-sensing services to users in fields such as agriculture, forestry, land resources and environmental protection, the report said. (PTI)