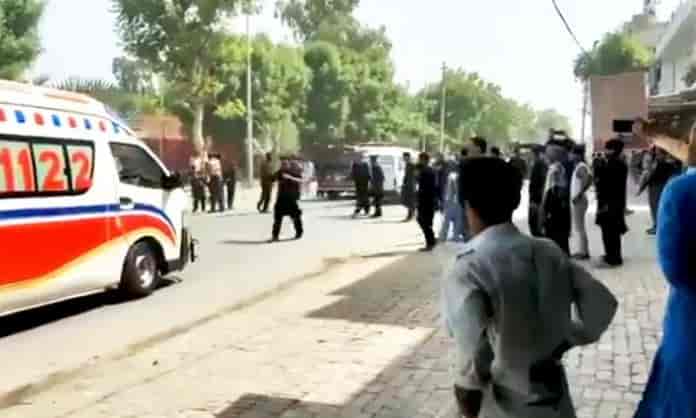 A powerful roadside bomb exploded among a procession of Shia Muslims in central Pakistan on Thursday, killing at least three and wounding over 50 people, local police said.

Videos circulating on social media showed police and ambulances rushing toward the site of the explosion. Several wounded people were seen waiting for help along a road in the deeply conservative city of Bahawalnagar in the eastern Punjab province, where the attack took place.

The Associated Press quoted Shia leader Khawar Shafqat saying that the explosion went off while the procession was passing through the city’s Muhajir Colony neighbourhood.

He condemned the attack and urged the government to further step up security at Ashura processions, which are ongoing in other parts of the country as well.

Witnesses said tensions are now high in the city, with Shias protesting the attack and demanding retribution.