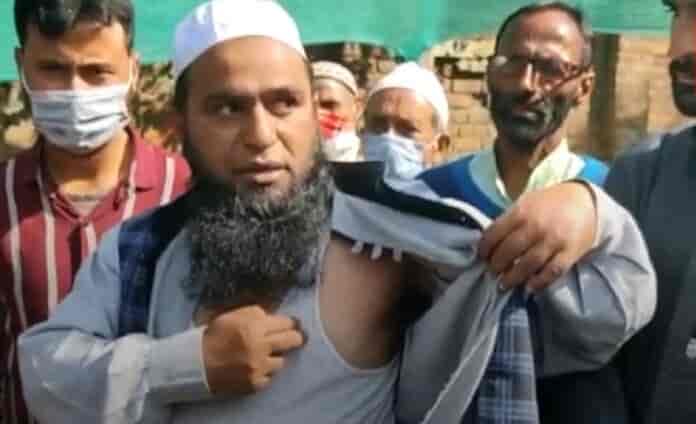 Javid Qureshi, a self-claimed BJP sympathiser from north Kashmir’s Handwara sub-district, held a demonstration on Wednesday in favour of pheran, a traditional Kashmiri winter cloak which the Jammu unit of Hindu right-wing Bajrang Dal has demanded to be banned.

Qureshi along with his supporters held the demonstration in Handwara main market and raised slogans in favour of the pheran.

“Pheran is our identity and to give such a statement by Bajrang Dal is condemnable,” said Qureshi at the protest site.

Bajrang Dal had earlier this week demanded a ban on pheran in Jammu and Kashmir and alleged that the cloak was being misused by militants to carry out attacks on government forces. The demand was raised by the Hindu right-wing group after the killing of two policemen by pheran-wearing militants in Srinagar’s Baghat area.

Qureshi, who has affiliated himself with the BJP and even held fasts for its leaders, criticised the demand for ban on pheran and said those demanding it have “no idea about the origin of pheran and its significance”. “We will never give them a chance and will never let sectarianism rule here.”

He said that Bajrang Dal was hurting the sentiments of people in Kashmir. “This is sectarianism. I really want their voices to be suppressed.”

“We won’t be scared and think before you give another statement for Kashmir or about its culture,” he said.