“Better for students to join classes than protests”: Karnataka HC on Hijab row 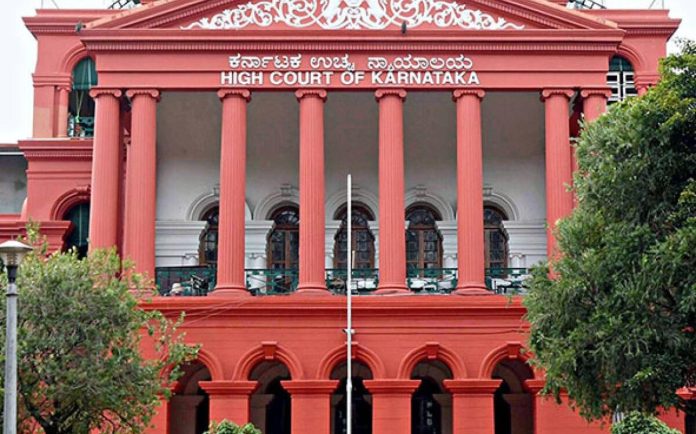 Stating that the interest of students would be better served by their returning to the classes than by the continuation of agitations and consequent closure of institutions, the The Karnataka High Court Friday said the academic year is coming to an end shortly and hoped all stakeholders and the public at large maintained peace and tranquility, reported news agency PTI.

Court in its interim order pending considerations of all petitions related to the Hijab row, has requested the state government to reopen educational institutions and restrained all the students from wearing saffron shawls, scarves, Hijab and any religious flag within the classroom.

The court also made it clear the order was confined to such of the institutions wherein the College Development Committees have prescribed the student dress code or uniform.

In their order, the judges expressed their pain over the ongoing agitations and closure of educational institutions for the past few days, “especially when this Court is seized of this matter and important issues of constitutional significance and of personal law are being seriously debated”.

The court also noted that India is a country of plural cultures, religions and languages. Being a secular state, the country does not identify itself with any religion as its own, the bench said, adding, every citizen has the right to profess and practice any faith of choice.

“Ours being a civilized society, no person in the name of religion, culture or the like can be permitted to do any act that disturbs public peace and tranquility. Endless agitations and closure of educational institutions indefinitely are not happy things to happen,” the court observed.

The Court has posted the matter for February 14.

The three-judge full bench was formed on Wednesday to hear the petitions by the Muslim girl students challenging the ban on Hijab after the single bench of Justice Dixit, who had been hearing the case since Tuesday referred it to Chief Justice Awasthi with a view that the petitions can be heard by a larger bench.

The Karnataka government on Thursday night decided to resume classes for high school students from Monday following the court observation to reopen schools. It also said that students will not be allowed to wear anything related to their faith that could instigate people.

The government’s decision to resume classes up to Standard X from February 14 and for Pre-University and Degree Colleges thereafter, came at a meeting chaired by the Chief Minister Basavaraj Bommai with his cabinet colleagues holding the Home, Primary and Secondary Education and Higher Education portfolios, and senior officials.

Gradually, the issue spread to other parts of the state leading to tension and violence on the campus in certain places. In Bagalkote, police resorted to lathi charge when the crowd gathered in the college due to vehement protests from both sides.

Subsequently, the Karnataka government announced a three-day holiday from Wednesday for high schools and Pre-university colleges to avoid any further disturbances and untoward incidents on campuses.