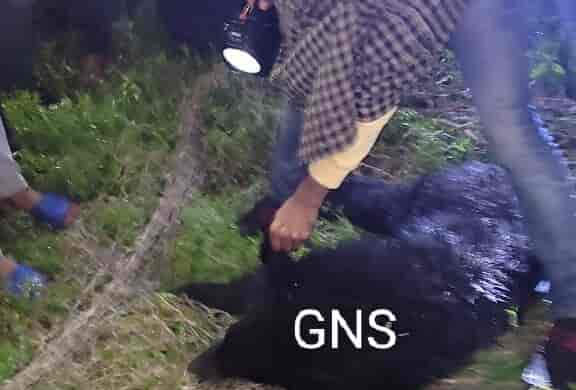 Reports reaching a local news agency, Global News Service (GNS) said that the bear was in the residential area atop a mulberry tree when a Wildlife Department team after constant messages by the locals throughout the day finally arrived to tranquilize and capture the wild animal.

A Wildlife Department official told GNS that an adult female black bear was caught by a team in the area after hectic efforts. “It apparently seems she is pregnant, owing to which we had to remain extra cautious to capture it more safely”, the official said.

The bear is being transported to Dachigam, the official added.

Pertinent to mention here, that a bear was also captured in Zachaldara area last week. (GNS)