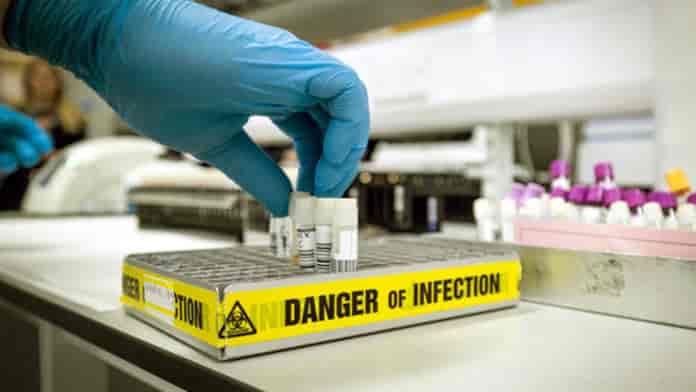 Srinagar: Panic gripped Bandipora, north Kashmir, on Thursday after twelve more people tested positive for COVID-19 in a single day, taking the total number of active cases in the district to thirty-six.

Twelve people tested positive including eleven from Gund-Jahengeer and one from Naidkhai area of Hajin tehsil. With the spike in COVID-19 cases in the district, the people have become apprehensive about the situation getting worse with each passing day.

On Tuesday, an elderly person from Gund-Jahengeer Hajin died of COVID-19; it was third death reported in Kashmir Valley due to the virus.

Locals in SK-Bala village, which was also declared as red zone a few days ago, said that they feel scared when ambulances arrive in their village during evening. “We turn off the lights and sit quietly in our homes as the fear is looming large in the village,” said one of the villagers. “We are too afraid as the number of positive cases increase with each passing day.”

The administration has already declared twelve villages as red zones after positive cases were reported from these villages over the past few days.

Meanwhile, officials in Hajin, north Kashmir, have appealed the people, who came in contact with the positive cases, to come forward and reveal the details before Block Medical Officer, Hajin, in order to prevent further spread of the virus.

Police have also erected barricades in these areas and closed all the entry and exit points to prevent the moment of people in order to contain the spread of COVID-19.

In these villages, police and local volunteers are continuously making announcements on loudspeakers, asking people to stay indoors and not to come out of their homes. (KNO)