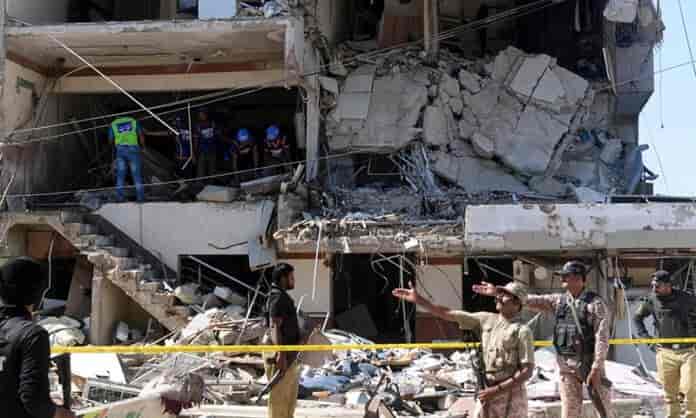 At least five people died and 20 others were injured in an explosion in a multi-storey building near Maskan Chowrangi in Karachi’s Gulshan-i-Iqbal area on Wednesday, reported a Pakistani English daily, Dawn, quoting unidentified officials from the Edhi Foundation.

Footage accessed by the newspaper showed the infrastructure of the building was badly damaged. The blast was suspected to have taken place on the second floor of a building.

All injured and deceased were taken to Patel Hospital, the officials told the newspaper.

Law enforcement agencies cordoned off the area while a bomb disposal squad arrived to investigate the cause of the blast. According to the initial report, the explosion occurred due to a “leakage of gas”.

The report further said that no trace of an improvised explosive device (IED) was found at the scene. However, the squad found pieces of metal and the burner of a stove.

Sindh Chief Minister Murad Ali Shah took notice of the incident and directed the Karachi commissioner to submit a detailed report in this regard.