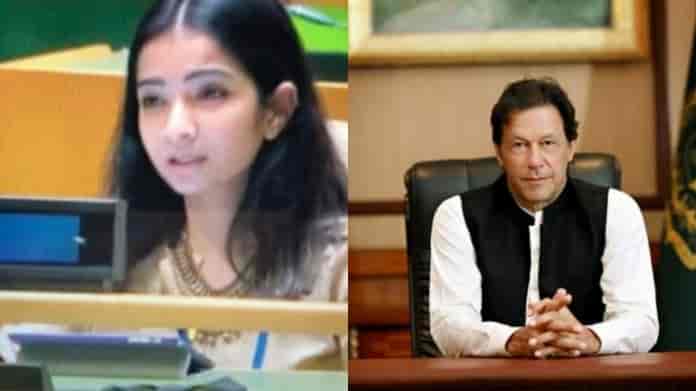 “We exercise our right of reply to one more attempt by the leader of Pakistan to tarnish the image of this august forum by bringing in matters internal to my country and going so far as to spew falsehoods on the world stage,” she was quoted by Asian News International.

As per the report of India Today, Dubey also accused Pakistan of being an “arsonist disguising itself as a firefighter for supporting terrorists”, and advised them to “immediately vacate all areas under its illegal occupation”.

“New Delhi has embarked on what it ominously calls the final solution for the Jammu and Kashmir dispute,” Pakistan Prime Minister Imran Khan had said in a pre-recorded speech televised on Friday evening at the UNGA, as per the report.

His statement, as per India Today, came in the response to the Indian government’s decision of abrogating Jammu and Kashmir’s limited autonomy on 5 August 2019. He then went on to highlight “gross and systematic violations of human rights” done by the government forces in Kashmir.

Quoting the response of Dubey in Khan’s statement, India Today reported that such remarks “deserve our collective contempt and sympathy for the mindset of the person who utters falsehood repeatedly.” She then added that she would “set the record straight”.

As per the report, Dubey said this was not the first time that PM Khan had “misused platforms provided by the UN” to propagate “false and malicious propaganda” against India.

Dubey claimed that Pakistan PM Imran Khan was trying to divert the world’s attention from the “sad state of his country where terrorists enjoy a free pass while the lives of ordinary people, especially those belonging to minority communities, are turned upside down”.