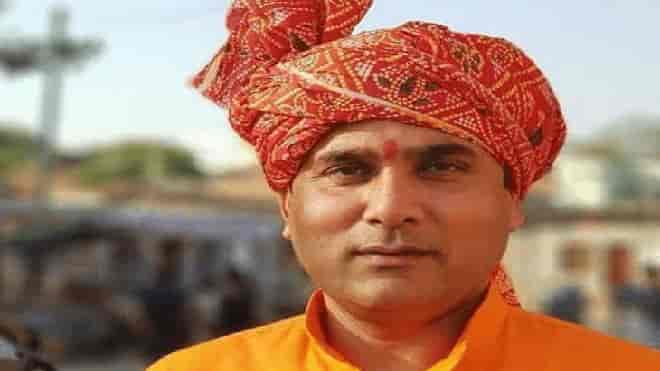 Srinagar: A Kashmiri lawyer on Monday said that he has issued a legal notice to a Bharatiya Janta Party MLA from Utter Pradesh Nand Kishore Gurjar, asking him to “apologize or face legal consequence” for purported comments that “Muslims should sacrifice their children on the occasion of Eid-ul-Adha instead of animals”.

“I, being a Muslim and a lawyer by profession who believes in the supreme constitution of India and majesty of law stand authorized to proceed against you in the court of law. This notice is supposed to change your bent of mind by either apologizing publicly or by facing the consequences as per law, so I confer you the notice,” reads the legal notice by advocate Aamir Masoodi to the MLA from Loni constituency of Ghaziabad district in the legislative assembly of Uttar Pradesh.

“The preamble of the constitution of India declares India to be secular and Article 25 of the constitution confers right to profess or practice one’s own religion on every person in the country and Muslims are no exception to it,” reads the notice which Aamir says has been sent to the MLA.

The practice of sacrificing animals on the occasion of Eid-ul-Adha is an essential part of Islam and thus protected by the supreme law of the land i.e., the constitution of India, he said.

“The issuance of such unconstitutional statements stands you liable to face the prosecution under section 153A, 295A, 298, 504 AND 505 of Indian Penal Code,” reads the notice, adding, “I sincerely advise you to make unconditional apology for the statement publicly within the period of seven days from the receiving of this legal notice, failing which I am legally authorized to launch prosecution against you in the court of law.” (GNS)

Previous articleKashmir records 433 fresh COVID-19 cases, Srinagar tally mounts to 5333
Next articleAs God-fearing Muslim it is my duty to speak against injustices in the world: Afridi