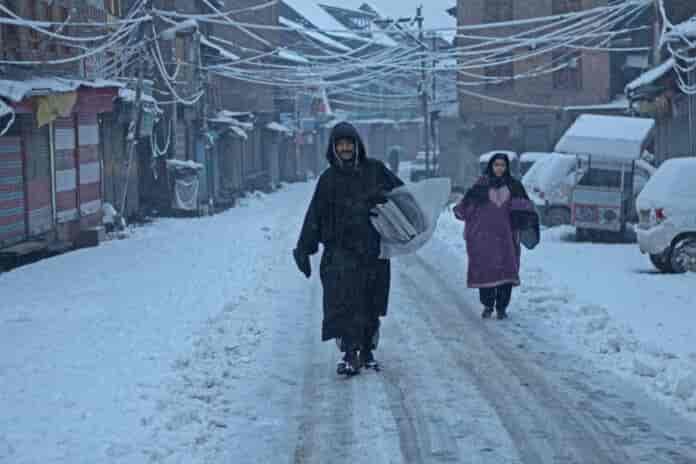 Srinagar: Following fresh snowfall in parts of Kashmir Valley including Srinagar, several flights have been delayed or cancelled at “International” airport here.

Confirming it, officials told GNS that given the weather, there was the possibility of more flight cancellations. “The concerned passengers are requested to follow updates of their flights and act accordingly,” they said.

The flight operation at Srinagar International Airport resumed on January 6 after four days of closure due to heavy snowfall. Srinagar Airport witnessed highest passenger movement of approximately 11,000 on January 8, the officials added. (GNS)