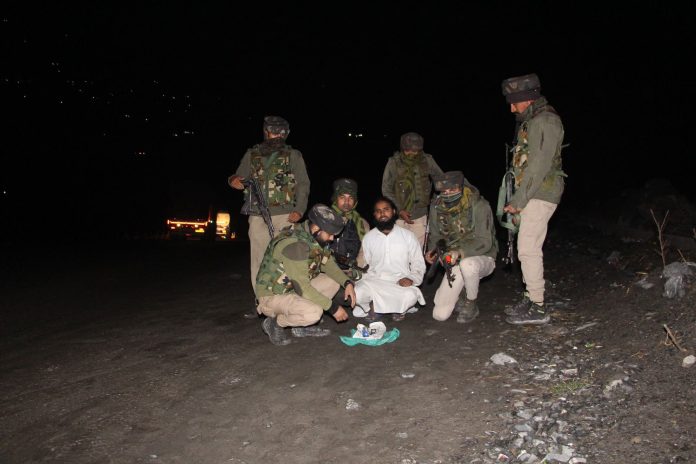 Jammu and Kashmir police on Monday claimed to have arrested an Al Qaeda operative, a resident of West Bengal, in Ramban district.

The statement reads that one chinese grenade was also recovered from him.