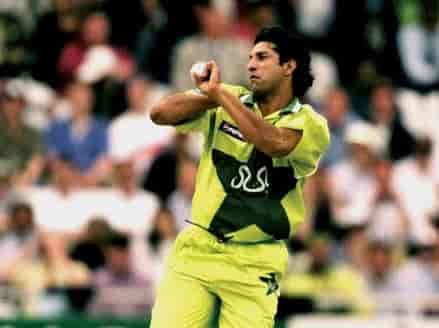 In former Australian leg-spinner Shane Warne’s greatest Pakistan XI, legendary pacer Wasim Akram is the captain of the side.

The legendary Aussie cricketer selected his greatest Pakistan XI during an Instagram live session and picked only the players he played against in his career.

“Akram was the best bowler that I saw, his skill with the ball was terrific,” Warne said.

The 50-year old named left-handers Aamir Sohail and Saeed Anwar as the team’s opening pair, while run-machine Mohammad Yousaf was picked to play at the number three spot.

“I reckon Anwar was one of the best openers the world has seen and I might even include him in my all-time World XI. Him and Sohail were fantastic,” he said.

Warne named a strong middle-order with the likes of former captains Inzamamul Haq and Younis Khan in the lineup. Moin Khan was named as the wicketkeeper of the side while Akram was slotted in at the number seven position.

“Loved Younis Khan’s appetite for big runs,” he said. “Yousaf was a class player against, both, spin and pace.”

“I got Inzi [Inzamam] out a lot but he was a special player. He was really good against pace and used to smash them all over the park,” he added.

“Akhtar was the fastest bowler I faced. With someone running in from 20-30 meters and bowling consistently at 100 miles per hour was scary,” he said. “Waqar was a great bowler too especially because of his reverse swing and Yorkers.”