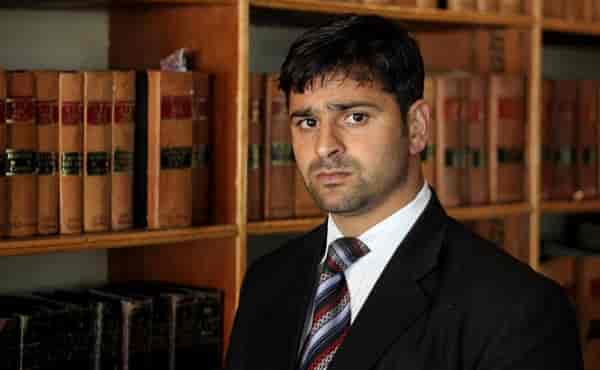 The Jammu and Kashmir, Police has arrested two detainees from Central Jail Srinagar after their names surfaced in the murder of advocate Babar Qadri.

He identified them as Muneer Aziz War alias Qari son of Abdul Aziz War of Hatmulla Kupwara and Tawseef Ahmed Shah son of Ghulam Mohammad Shah of Parimpora, Srinagar. They were under detention at Central Jail, Srinagar.

Police had recently arrested three persons accused in the killing of Qadri. They have been identified as Shahid Shafi Mir of Khanyar in Srinagar, Zahid Farooq Khan of Nowhatta in Srinagar and Asif Bhat of Rehmania Colony in Srinagar.

They were arrested by the SIT that was formed a day after the killing of Qadri on 24 September this year by the Inspector General of Police IGP) Kashmir, Vijay Kumar. The SIT is headed by the SP Hazratbal.

An official told Excelsior said that all the three have been identified by family members of Qadri and their domestic help and sent to judicial remand to Central Jail, Srinagar till 26 December.

He said that the trio stated that they received directions from two persons for the killing of Babar Qadri who were lodged in Central Jail Srinagar.

The official said that police took over the custody of Tauseef and Muneer after court orders to ascertain whether the trio who levelled allegations against them are true or false. He added that the duo is being questioned in the case.

The official said that Zahid Farooq Khan was a chronic stone pelter and was detained under Public Safety Act in August, 2019 and was released recently. Tauseef Shah is in jail in militancy related case and Muneer Aziz in a murder case.

Police are now investigating how Tauseef Shah and Muneer Aziz passed directions to the trio for the killing of Qadri.

Qadri was shot dead on 24 September at his residence in Hawal area of Srinagar by two masked men who entered into his residence as clients with files in their hands.

They told Qadri that they had to discuss some accident related case but fired at this head with pistols.

He was rushed to the Sher-i-Kashmir Institute of Medical Sciences (SKIMS) hospital in Srinagar where was declared as brought dead. He was frequently seen on television, participating in debates.