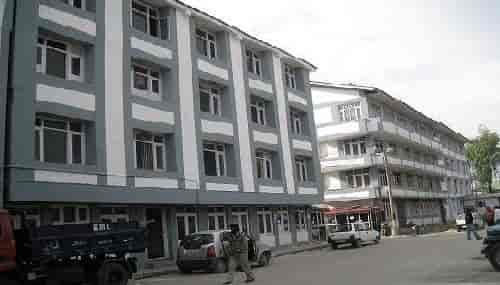 The joint surprise check was conducted by the police and ACB officials. An eyewitness of the incident informed The Kashmir Walla that a raid was conducted in the office of Joint Commissioner (Planning) and some documents were also seized during the raid.

The Anti Corruption Bureau is primarily responsible for the detection and investigation of cases of corruption and bribery among public servants.

A senior official at the ACB told The Kashmir Walla that the raid on the SMC complex was a “surprise check” and said such raids are conducted following “complaints” received by the anti-graft organisation. The official did not divulge more details about the complaint and the raid.

In May this year SMC Mayor Junaid Azim Mattu along with some of the corporators staged a protest and launched an indefinite hunger strike demanding removal of the joint commissioner planning for alleged “corruption”.

Mattu, who is also an Apni Party leader, had also written to the government seeking Joint Commissioner’s removal and his repatriation to his parent department Housing and Urban Development Department (HUDD)

In September last year, the Anti-Corruption Bureau carried out raids at the residences of four SMC officials and recovered “incriminating documents” in connection with the illegal construction of a shopping plaza at Kursoo Rajbagh in Srinagar.

At the time this report was filed, searches were on at SMC.

Previous articleTaliban say they took control of province of Panjshir
Next articleLast rites of Geelani should have been allowed as per family’s wishes: Mehbooba