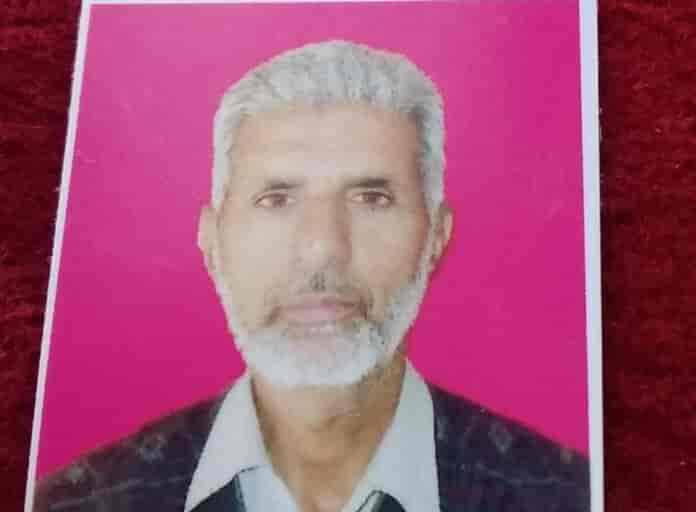 On 26 August 2020, a 73-year-old man was arrested nearly a decade after he had participated in a funeral where Syed Ali Shah Geelani, the former chairperson of the Hurriyat Conference, had addressed mourners. The police have charged the septuagenarian under the central anti-terror Unlawful Activities Prevention Act (UAPA).

Mohammad Yusuf Makroo, a Hurriyat (G) leader from Arwani in south Kashmir’s Anantnag district, was arrested and detained at the Bijbehara police station for nearly a month before being transferred to the district jail on 24 September.

Mr. Makroo has been charged under Section 13 of the UAPA—punishment for unlawful activities, and 120 B of the Ranbir Penal Code—criminal conspiracy with imprisonment up to six months—for allegedly addressing a gathering along with Mr. Geelani.

According to the investigation report filed by the police back then, Mr. Geelani and Mr. Makroo “have gathered a huge mass of people in the Arwani village of Bijbehara and were directed by the party members to provide support to the Hurriyat party for the freedom of Jammu and Kashmir, raised the slogans etc.”

During the course of the investigation, the report states, “it came to surface that offences [under sections] 13 ULAP [UAPA] and 120B RPC stands proven upon the accused namely Syed Ali Shah Geelani and Mohammad Yusuf Makroo” and that one unnamed accused was arrested.

However, speaking to The Kashmir Walla over the phone, moments before being transferred to the district jail on 24 September, Mr. Makroo said that he was unaware that a First Information Report (FIR) was registered in the incident, which he described to be the condolence meeting of a senior member of the now-banned Jamaat-e-Islami, Ghulam Malik. “[I was told] you have an FIR from 2011. I asked them what it was about. They said that Geelani sahab had delivered a speech and so have you,” he said. “It was beyond my comprehension that I will be [jailed].”

A supplementary charge sheet filed by the police in August this year, reviewed by The Kashmir Walla, stated that Mr. Makroo was delivered a speech against the integrity of India. “I remember that I had not given any speech that day,” said Mr. Makroo. “The oldest and senior-most Jamaat member had passed away. I went to the condolence meeting. I didn’t even come on the stage from where Geelani sahab [addressed the gathering]. I was in the audience.”

In the past years, Mr. Makroo has been detained several times and his name has been a common feature in the Hurriyat’s numerous statements to the press denouncing police actions against pro-freedom activists.

Mr. Makroo’s nephew, Younis Ahmad Makroo, was also arrested this year for alleged links with the militancy, for which he has been detained several times in the past as well. Mr. Makroo, however, has accepted his fate as a debt to be paid.

“Our family has been battered a lot,” he said before hanging up the phone. “We don’t need worldly gains, we just pray to Allah to bless us with something good in the hereafter that is enough.”

Previous article23-year-old woman, 16 others die of coronavirus in Jammu and Kashmir
Next articleTRF militant arrested in south Kashmir, pistol and grenade recovered: Police