3 killed as water tanker rolls down into gorge in Kishtwar 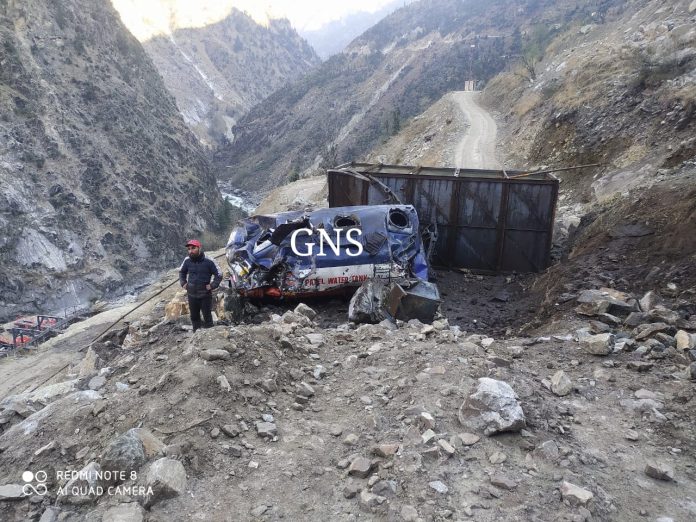 Jammu: Three persons were killed when a water tanker skidded off the road and fell into gorge in Kistwar district of Jammu on Saturday.

Official sources told GNS that the accident took place at Kiru Patharnaki, resulting in on the spot death of the trio on board it. The deceased have been identified as Tariq Hussain, Arslan and ‘Janu’, all residents of Offani Padder.

SHO Kishtwar Abid Bukhari told GNS that a case has been registered and investigations taken up. Bodies, meanwhile, were shifted to district hospital Kishtwar. (GNS)