In January, 21 militants killed in 11 gunfights in Kashmir: IGP 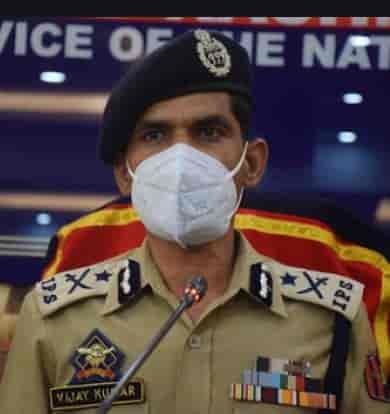 The Inspector General of Police, Kashmir, Vijay Kumar, on Sunday said that 21 militants were killed during eleven gunfights in Kashmir in the month of January.

Speaking during a press conference in Shopian, the IGP said that among the 21 militants killed, eight were foreigners.

He was talking to reporters in a joint press conference along with senior army officials on the two gunfights of Pulwama and Budgam in the last 24 hours, during which Zahid Manzoor Wani, an IED expert and the Jaish-e-Mohammad’s south Kashmir chief, was killed along with four others.

“Foreigners who were hiding in forests are coming and settling down in civilian areas,” the IGP said. “With the help of human and technical inputs, we are zeroing in on them and killing them in clean operations.”

The IGP also added that in both the operations of Pulwama and Budgam, “there were no casualties to security forces”.

“All efforts are in place to bring down local terrorist recruitment and a strategy is being followed to bring the number of active militants less than 100 this year,” he added.