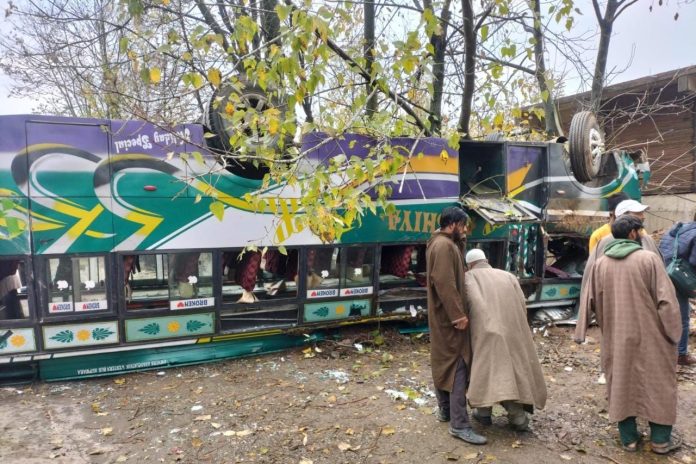 At least 20 persons were injured when a vehicle they were travelling in met with an accident in Watayin area of Handwara in north Kashmir’s Kupwara district on Tuesday.

An official told a local news agency, Kashmir News Observer (KNO), that a bus turned turtle near Watayin when it was on way to Srinagar.

He said that in the at least 20 persons were injured and they were shifted to a nearby hospital for treatment.

The official added that among 20 injured 14 were later referred to district hospital Handwara. (KNO)

Previous articleSrinagar youth dies after falling off top floor while feeding pigeons
Next articleSub-zero temp in Gulmarg, Pahalgam as J-K braces for another wet spell from Wednesday