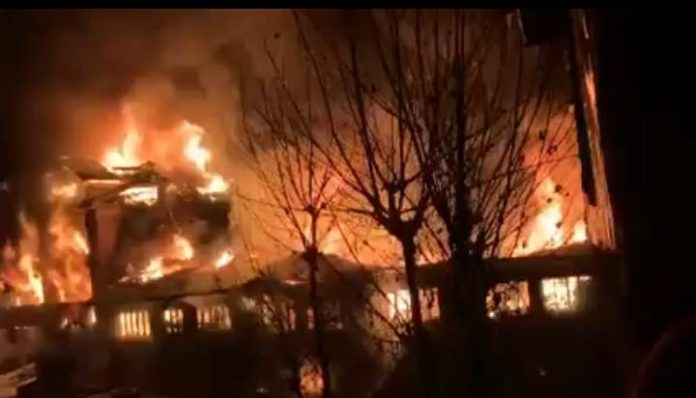 Goods worth crores of rupees were destroyed in the fire which also caused substantial damage to a load carrier—Tata Mobile (JK03H-1628) as well as rooftop of an adjoining house.

Official sources told GNS that the fire erupted around 12 a.m. in one of the electric godowns in the 4-storey commercial complexes, annexed together.

However intensity of the fire was severe and when the fire was brought under control, it had substantially damaged the goods housed in the commercials complexes, officials said.

The buildings had three godowns containing electric, crockery, aluminum and plastic items of a particular quality brand besides shops dealing with different items.

Regarding the Tata Mobile (JK03H-1628), they said, the load carrier was “substantially damaged.” They said that police has registered a case and investigation regarding the cause of the fire was being investigated. While property worth crores of rupees was destroyed, there was no report about injury to anyone in the incident, they added. (GNS)