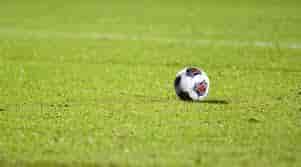 Global News Service (GNS) a local news gathering agency reported that the minor, Tawhid Rahim son of Abdul Rahim Lone a resident of Ushkura, suffered a major heart attack on the ground this morning, leading to his instant death.

As per eyewitnesses, Mr. Rahim who was a part of a practice match, suffered the (heart) attack, soon after scoring a goal for his team.

Describing the deceased youth as a soccer enthusiast and aspiring player of the game, the locals said that “he (youth) even was a member of a local club team ‘FC Dash’,”

“Tawhid despite his young age had all the talent what it would take to qualify as a genuine player of the game”, they said adding “In his death, the area has lost an enthusiast and an aspiring player of Soccer.” (GNS)

Previous articleTwo boys drown in Dadi canal in south Kashmir
Next articleNot an inch of our land can be taken by any power in the world: Rajnath Singh in Ladakh