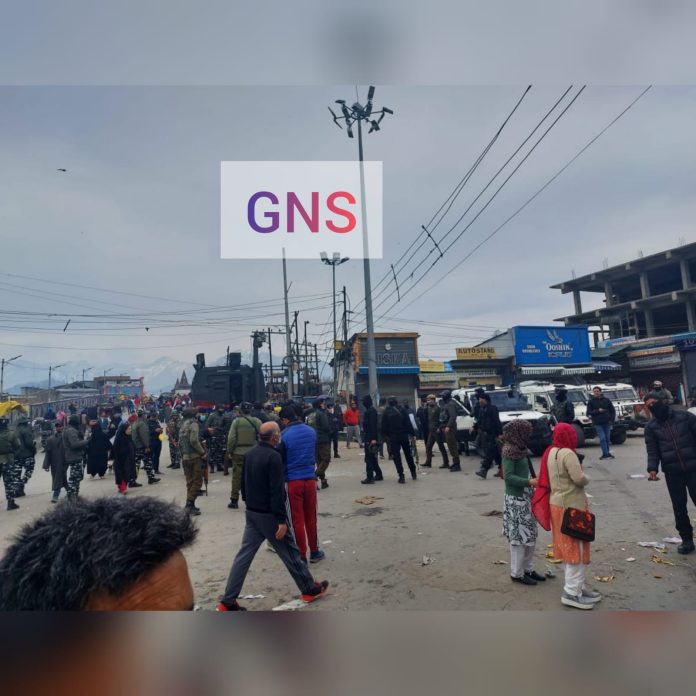 A police officer said that militants attacked a joint team of Police and government security forces with a grenade.

In the incident, ten people received splinter wounds who have been shifted to hospital.

Their condition is said to be stable, the officer added.

Meanwhile, area has been cordoned off to nab the attackers. (GNS)