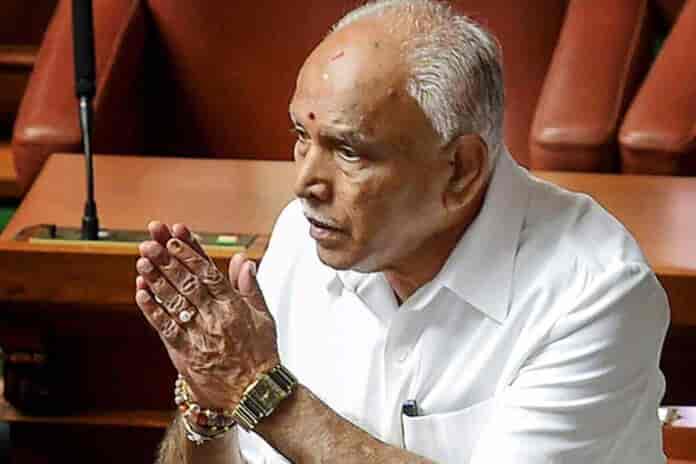 Karnataka government would take strong measures to put an end to religious conversion in the name of “love jihad”, Chief Minister B S Yediyurappa on Thursday said.

The remarks come days after Karnataka Home Minister Basavaraj Bommai and Tourism Minister C T Ravi said the government was considering a law against religious conversion for the sake of marriage.

“Young girls of the state are being lured in the name of love and money and are being converted to other religions, we have considered it seriously. After thorough review, we will take a strong measure,” said Mr. Yediyurappa.

Addressing the BJP state executive meeting in Mangaluru, the CM said his government was mulling taking strong steps against such activities.

“In recent days there are media reports about religious conversion in the name of love jihad in Karnataka. I have discussed this with officials before coming here. What other states have done or not done is a different matter, but in Karnataka, we will have to put an end to it,” Mr. Yediyurappa was quoted as saying by Indian Express newspaper.

Earlier on Tuesday, Karnataka Tourism Minister and BJP national general secretary C T Ravi, considered to be part of a hardline group in the BJP, the government would not remain silent when “jihadis strip the dignity of women” in the state.

“On the lines of Allahabad High Court’s order, Karnataka will enact a law banning religious conversions for the sake of marriage. We will not remain silent when Jihadis strip the dignity of our sisters,” Ravi tweeted. He said any one involved in any act of conversion would face severe and swift punishment.

His post came days after UP Chief Minister Yogi Adityanath, citing the Allahabad HC order barring religious conversions for marriages, said his government will work to curb ‘love jihad’ and would make a law for the same. Subsequently, the Haryana and MP chief ministers also announced similar approaches to check “love jihad”.

Last week, the Allahabad High Court held that conversion of religion for the purpose of marriage was illegal. The court made the remark while dismissing a plea by a newly married couple in Uttar Pradesh that had approached it to direct police and the woman’s father not to disturb their marital life

All Kashmir Wholesale Mutton Dealers Association Wednesday appealed to authorities to ensure hassle-free transportation of livestock on the Srinagar-Jammu...
Kashmir