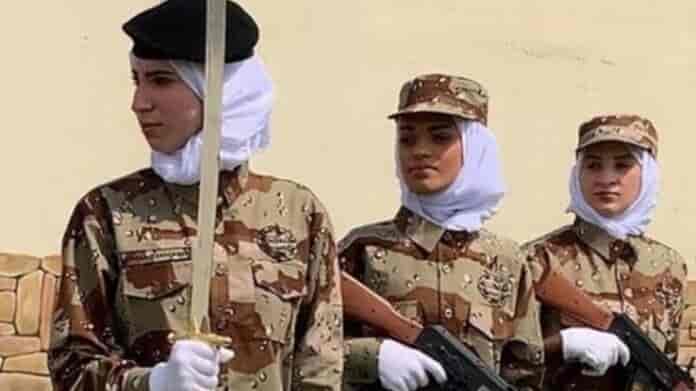 In Saudi Arabia women can now join armed forces, following a ruling by the country’s Ministry of Defense that opened the way for both genders to sign up through a unified admission portal starting Sunday.

All applicants must pass admission procedures according to specified conditions, have a clean record and be medically fit for service. But some additional criteria have been added for female applicants, the report added.

Saudi female applicants must be between the age of 21 and 40 years old, have a height of 155 cm or taller, and cannot be a government employee. Female submissions must also hold an independent national identity card and have at least a high school education. Applicants married to non-Saudi citizens will not be accepted.

The age range for first-time male applicants is between 17 and 40 while their minimum height is 160 cm. There were mixed reactions to the ministry’s new unified recruitment standards.