Woman among 8 arrested by NIA in ‘militancy related case’ 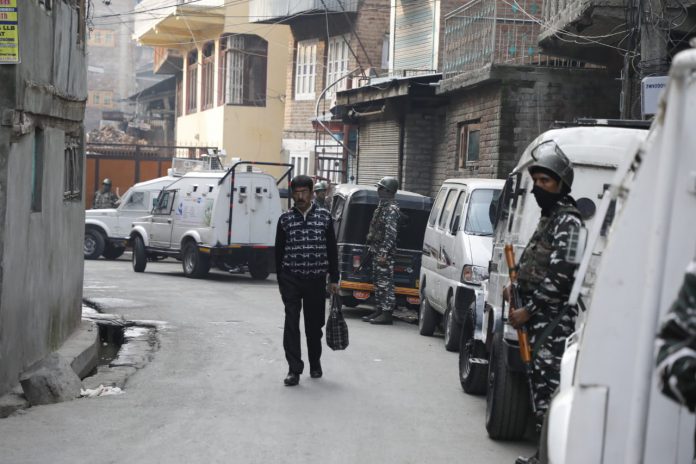 National Investigation Agency (NIA) arrested eight people in Kashmir on Friday including a woman from Srinagar.

The woman is the sister of slain ISISJK militant, Mugees Ahmad Mir who was killed in a gunfight in Srinagar. She has been identified as Sophia, a resident of Parimpora area of Srinagar.

NIA said that it searched ten locations in six districts of Jammu and Kashmir and arrested eight persons in connection with the militancy conspiracy case.

“The case relates to conspiracy for undertaking violent militant acts in J&K and other major cities, by cadres of Laskhar-e-Taiba (LeT), Jaish-e-Mohammed (JeM), Hizb-ul-Mujahideen (HM), Al Badr and their affiliates such as the Resistance Front (TRF), People Against Fascist Forces (PAFF) etc,” the NIA said. “NIA had registered the case as RC 29/2021/NIA/DLI) dated 10.10.2021 and initiated the investigation. Till now 13 accused persons have been arrested in this case by NIA.”

The NIA said that electronic devices and incriminating jehadi documents/ Posters etc. have been seized today during the searches. “The eight accused persons arrested are militant operatives of various militant organisations and have been instrumental in providing logistical and material support to militants.”—( with KNO inputs )

Three young girls (name withheld) riding on a Scooty were injured after the Scooty they were riding met with...
Kashmir