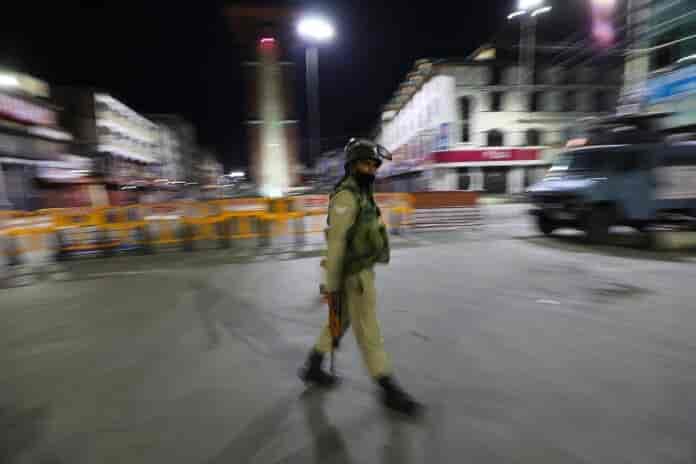 The Union Ministry of Home Affairs (MHA) Tuesday revealed that the annual security-related expenditure (SRE) for the J-K UT was 1267 Crore rupees—the highest ever since the summer uprising of 2016 following the killing of a top Hizbul Mujahideen commander, Burhan Wani.

The highest figure of SRE also coincided with the financial year of 2019-20, the year when Centre scrapped article 370 and broke down the erstwhile state into two Union Territories—J-K and Ladakh.

Union Minister of State for Home Affairs G K Reddy in a written reply to a query raised by BJP MP Jugal Kishore in the Parliament said: “During the financial year of year 2019-2020, 1267 Crore rupees were released as under the SRE (Police).”

The reply further reads that in addition, the MHA also released 40.20 Crore rupees for the modernization of J-K police for the same period, 2019-2020.

“Modernisation of the police force is an ongoing process,” the reply states.

Figures available with the KNO reveal that during 2018-19 Centre allotted 650 crore rupees to J-K under the SRE scheme. In 2017-18, the figure was 628 crore rupees and in 2016-2017, the amount released by the Centre was 750 crore rupees. Since the scheme was launched in 1989, the Government of India has released almost 9000 Crore rupees alone for J-K’s security-related expenditure.

The money disbursed by the government of India to the J-K government as “security expenditure” got doubled compared to the 2018-19 figure (financial year) as Kashmir witnessed over three-month long spontaneous shutdown coupled with stringent curbs even though there was no major law and order situation despite the fact that over 300 protests were reported across the Valley.

Officials in the MHA said that the spike in the expenditure appears to have occurred because of massive mobilization of the forces and other measures in the wake of revocation of limited-autonomy of erstwhile J-K State. (KNO)