Who is Hidma? Maoist commander behind deadly ambushes 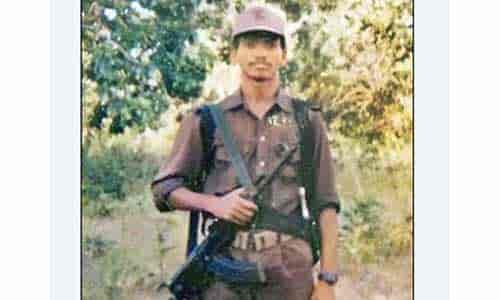 Naxals carried out one of deadliest ambushes of the year on 4 April in which 22 forces personnel were killed and 31 were injured in Sukma district of Chattisgarh.

According to a report by India Today, Hidma – a tribal from Purvati village of Sukma who is suspected to be around 40 years old – is believed to be the mastermind behind the attack.

In the late 90s, Hidma a slim tribal boy from Puvarti village in Sukma district of South Chhattisgarh joined the People’s Liberation Guerilla Army (PLGA) of the CPI Maoist as a lower rung cadre when the banned outfit was not considered “the biggest internal security threat”, The Hindu had reported in 2017.

He quickly rose to the rank of Area Commander and senior Maoist leaders began entrusting him with big responsibilities, and he delivered beyond expectations, the newspaper reported.

According to a report by Times of India, he is accused in at least 26 attacks, including the 2013 Jhiram Ghati massacre of frontline Congress leaders.

A few unconfirmed reports suggest he has been appointed as chief of the Central Military Commission of the Maoist insurgeny. There are no recent pictures of Hidma available and he carries a reward of Rs 40 lakh.

Hidma is an avid reader and even reads English books despite not being able to complete his primary education, The Hindu reported.

“Known to be a master strategist, he sits with a notebook whenever he meets anyone and takes notes. He also asks for newspaper clipping of local and national newspapers every week,” the newspaper reported.

Hidma now heads the People Liberation Guerrilla Army’s Battalion No.1, which is considered to be its most elite and well-armed unit.

The Maoist commander is believed to have planned and executed several high-profile attacks and inflicted heavy damages on the the police and paramilitary forces in Sukma including the 2017 killing of 37 CRPF men in two back-to-back attacks within a month.

Apart from his combat expertise, the tribal background of Himda could is considered to be a headache for the forces, as it is used to by the Maoists to counter the State’s propaganda of “tribals not being given senior posts and only used as foot soldiers in the Maoist organisation”,  The Hindu reported.

On Saturday, when the latest deadly ambush took place, India Today reported that the Maoist PLGA battalion was led by Hidma. With a total strength of nearly 250, this group of Naxals was aided by insurgents associated with the Maoist platoons of Pamed, Konta, Jagargunda, and Basaguda area committees.