Watch| ‘Killers must be punished’: Families of civilians killed in Hyderpora 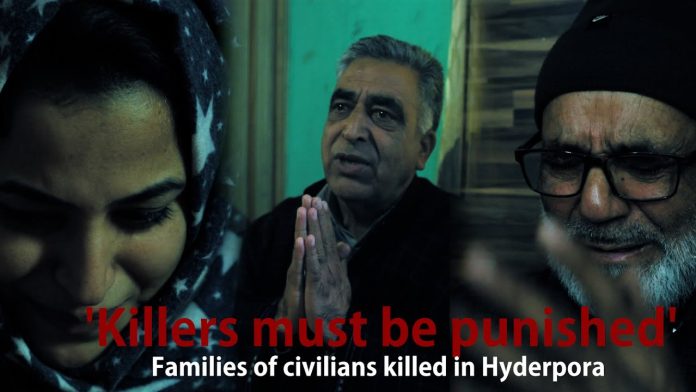 our people were killed in the alleged gunfight of Hyderpora area of Srinagar, in which police claimed that one foreign militants, two militants associates and a civilian were killed on 15 Nov 2021. But the families of slain Mohammad Altaf Bhat, Mudasir Gul and Aamir Ahmad Magray – all accused the government forces of killing civilians in cold blood. Even though succumbing to public pressure the bodies of Gul and Bhat were returned, their families demand justice. Reported by Umer Asif. Edited by Asif Hamid