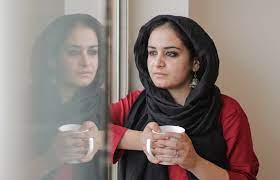 The United States is aware of reports of Pulitzer-winning Kashmiri journalist Sanna Irshad Mattoo who was prevented from travelling to the country, a state department said.

Earlier this week, Mattoo had said that she was stopped at the IGI Airport in Delhi from flying to the US to receive the prestigious award.

“We are aware of the reports of Ms Mattoo being prevented from travelling to the US and are tracking these developments closely,” State Department Deputy Spokesperson Vedant Patel told reporters at his daily news conference, as per PTI.

“We are committed to supporting press freedom. And as the secretary has noted, a shared commitment to democratic values, including the respect for the independence of the press, is a bedrock of the US-India relationship,” spokesperson said.

“But I don’t have any other specifics to offer… we are tracking this closely,” Patel said in response to a question, the report said.

Mattoo, a freelance photojournalist, was part of a Reuters team that won the Pulitzer Prize for feature photography for their coverage of the COVID pandemic in India.

The Committee to Protect Journalists also issued a statement urging Indian officials to let Mattoo travel to the US to attend the Pulitzer awards ceremony.

“There is no reason why Kashmiri journalist Sanna Irshad Mattoo, who had all the right travel documents and has won a Pulitzer–one of the most prestigious journalism awards–should have been prevented from traveling abroad,” said Beh Lih Yi, CPJ’s Asia programme coordinator, in Frankfurt, Germany.

“This decision is arbitrary and excessive. Indian authorities must immediately cease all forms of harassment and intimidation against journalists covering the situation in Kashmir,” Beh said. (PTI)