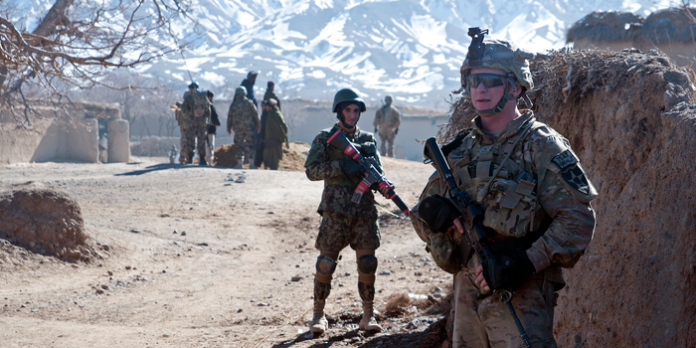 A report by the US government’s internal watchdog has reported that the country spent at least 2.4 billion dollars on properties in Afghanistan that were abandoned, misused, damaged, or destroyed.

Rep. Stephen Lynch (D–Mass.) had asked the Special Inspector General for Afghanistan Reconstruction, or SIGAR, in September 2019 to review U.S.-funded facilities in Afghanistan.

The government watchdog reviewed its past investigations into U.S. investments in Afghanistan since 2008, worth $7.8 billion, finally releasing the results of its investigation late last month.

The report showed that only around $1.2 billion in assets — such as buildings, vehicles and equipment — were used for their intended purposes, and only $343.2 million in assets were still in good condition.

According to a report by Responsible statecraft, many projects were impossible to evaluate because they had not been completed the last time SIGAR inspected them, but the watchdog determined that $2.4 billion had simply gone to waste.

The publication which provides analysis, opinion, and news to promote a positive vision of U.S. foreign policy based on humility, diplomatic engagement, and military restraint.

RS also critiques the ideas — and the ideologies and interests behind them — that have mired the United States in counterproductive and endless wars and made the world less secure.

Of the $2.4 billion in assets that went to waste, $617.3 million were abandoned or never used, and $580.7 million were misused. More than half of the wasted assets — worth $1.78 billion — deteriorated or were destroyed.

SIGAR also conducted a follow-up review of 60 different assets worth $792.1 million, finding that 37 of them were being used as intended but 50 were damaged or destroyed.

The report states that SIGAR has found “a clear pattern of nonuse, misuse, deterioration, or destruction of many capital assets that the U.S. government has provided to the Afghan government” but U.S. government “agencies continued with a ‘business as usual’ approach with their reconstruction efforts in Afghanistan.”

The vast majority of the projects reviewed were funded by the U.S. Department of Defense.

In a response that was included in the SIGAR report, the Department of Defense argued that many of these projects had served their purpose for the U.S. government and fell apart only after being handed over to Afghan authorities.

The RS report cites various cases of US spending in the region.

In one case, a $6.7 million academy for female police officers went unused because the Afghan government placed a moratorium on training women.

In the single largest case of waste, the U.S. military purchased 16 transport planes for the Afghan military at a cost of $486 million, then destroyed the planes and sold them for scrap, recovering only $40,257 in costs, the report said.

In some cases, the U.S. government provided facilities or equipment to the Afghan government without asking if it wanted, needed, or could maintain them.