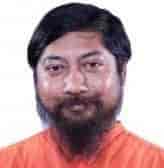 Union Minister of State for Youth Affairs and Sports and Home Affairs, Nisith Pramanik who is on a four-day visit to Kashmir under the Union Government’s public outreach programme chaired a meeting of officers and officials of Youth Services and Sports Department (YS&S) at Youth Hostel on Wednesday.

During the meeting, Director YS&S, Gazanfar Ali gave a detailed presentation regarding the programmes and achievements of the department so far.

The minister also visited the recently established shooting hall at Youth Hostel where he interacted with student trainees undergoing basic training. He assured and also passed on instructions to sponsor five student trainees who shall undergo advanced training in shooting at National Capital Delhi.

While addressing the gathering, he encouraged the student participants to participate in games and sports to make their lives active and productive. He further highlighted the sports related initiatives of GOI under Khelo India and Fit India Mission. The minister also gave away trophies and awards to the winning teams of the tournament. He also gave away sports kits to Zonal Physical Education offices of District Srinagar.