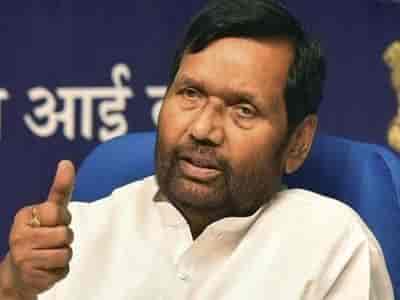 Mr. Paswan who has been in active politics for more than five decades and is one of the country’s most noted Dalit leaders, has been hospitalised for the last few weeks.

Miss you papa, Lok Janshakti Party (LJP) chief Chirag Paswan tweeted while informing about his the leader’s demise.
Mr. Chirag had last week tweeted: “For the last many days dad is getting treated in a hospital. Due to some sudden developments on Saturday evening, an operation of his heart had to be conducted in the late night. If the need arises, then possibly after a few weeks another operation might be conducted. Thanks to all for standing by me and my family in this hour of struggle.”

Previous articleKashmir valley records fresh 420 coronavirus cases in a day
Next article30-year-old, 8 others die of coronavirus in a day in Jammu and Kashmir

National Investigation Agency (NIA) on Thursday said to have arrested an Over Ground Worker of Jash-e-Mohammad militant outfit from...
Kashmir