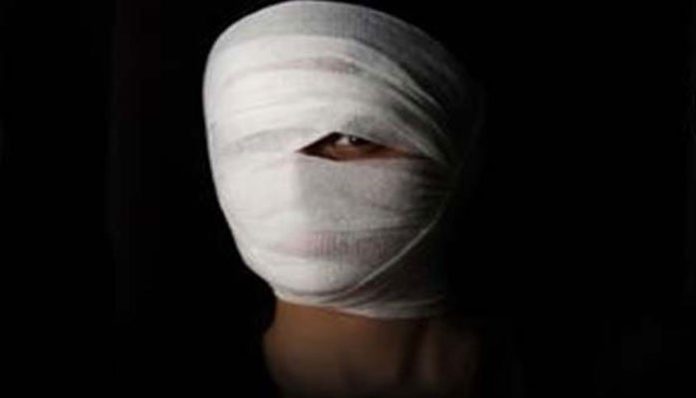 The recent acid attack on a 24-year-old woman in Srinagar, the summer capital of Jammu and Kashmir, has brought the spotlight back on the unabated sale of acid in the local markets despite the Supreme Court’s conditional ban on its sale nearly eight years back.

The Srinagar woman was attacked with the acid, which burns the face, on Tuesday evening when she was returning from her private job a few kilometres away. She suffered serious burn injuries and is being treated at Srinagar’s Shri Maharaja Hari Singh Hospital. Srinagar police swung into action and arrested two accused along with the acid seller.

In this regard a case under FIR No. 08/2022 U/S 326-A of IPC was registered in Police Station Nowhatta and investigation was started immediately. Three accused have been arrested by police.

The incident, that is fourth in the recent past, has ignited an old debate on the easy availability of acid in the local market and the administration’s “failure” to ensure implementation of the top court order regulating its unchecked sale.

In 2013, the Supreme Court had passed an order prohibiting the over-the-counter sale of acid to regulate its sale across the country. The top court order stated that only selected stores with permits be allowed to sell acid, that too after checking the Identity cards of buyers to prevent its misuse particularly by jilted lovers.

As per police following the arrest of the accused it has come to fore that the accused Sajid Altaf Rather son of Mohd Altaf Rather resident of Buchwara Dalgate was having interest in the girl and since she had rejected his engagement proposal, he had been stalking her.

“The arrested accused had taken note of the timings of the girl long before this attack,” said the police. “The accused used to work in a medical shop and in the evening of 1 Feb 2022 he took break from work and went on a scooty towards the place where the girl used to work along with a co-accused namely Momin Nazir sheikh son of Nazir Ahmad Sheikh resident of Mehjoor Nagar”.

It said, on the victim’s way back home in the late evening, she was followed and acid was thrown on her and afterwards the accused ran away and went back to his shop. The scooty used in the commission of the crime was also seized by the police.

According to the Supreme Court guidelines, the seller and purchaser must have a licence, and shops selling acid are mandatorily required to maintain a record of sale and purchase. The SC also made it compulsory for the shopkeepers to record the reasons for purchase. The court has also banned selling of acid in any case to a person who is below 18 years.

The top court had set a deadline of 31 March 2014 for state governments to frame rules for regulating sale of acid and other corrosive substances.

“We direct the Chief Secretaries of all states and the administrator of the Union Territories to comply with the direction given in the order on July 18 and frame rules in tune with model rules framed by Centre to regulate the sale of acid at the earliest and possibly by March 31,2014,” the bench had said.

The top court in bid to prevent attacks had earlier directed that this crime be made a non-bailable offence and had also enhanced the compensation amount to the victim to 3 lac rupees.

It was i​​n the case between Lakhsmi versus Government of India, the Supreme Court had ordered that in the case of acid attack survivors, the minimum amount to be given is Rs 3 lakh.

The court had said that a photo identity card containing residential address issued by authorities concerned would be required for purchasing such substances which in any case cannot be sold to a person who is below 18 years.

Over a year later authorities in the erstwhile state of Jammu and Kashmir issued guidelines as directed by the top court in an attempt to prevent the misuse of the acid.

Educational institutions, research laboratories, hospitals, government departments and Public Sector Undertakings who were required to keep or store acid, were also asked to comply with the guidelines. However the ground situation seems to have hardly been affected by the guidelines.

Given Tuesday’s incident the Srinagar police said that it has also initiated a legal Process for sealing the workshop where from the acid that was thrown on the 24-year-old “as one of its employees had sold acidic material in violation of Hon’ble SC guidelines. This Shop was sealed by following due procedure by the Executive Magistrate,” they said.

As per the statement issued to media, “All shopkeepers in Srinagar are strictly instructed to follow Hon’ble SC directions on sale of acid, failing which legal action will be initiated against them,” it said, adding that a special drive will be started in this regard shortly in coordination with District Administration.

Experts believe the growing trend of acid attacks in the region can be discouraged by enactment of stringent laws against the culprits and fast track based court trials into such cases should be conducted to deliver justice.

In January 2013, a private school female teacher was disfigured after she was attacked with acid in Srinagar city. Over a year later in December 2104, a 21-year-old law student was attacked in similar circumstances when car borne attackers threw acid on her face outside her college in Nowshera area, three kms away from Hawal area of the city.