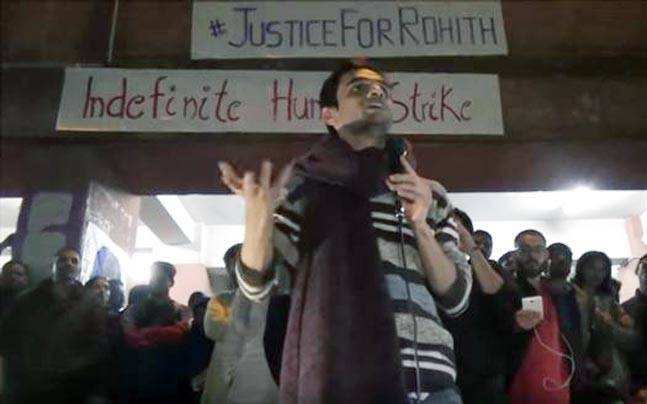 Former JNU student Umar Khalid carried his “atheism as a pretence” and instead believed that “violent political Islam must be blended with frontal political parties to take on the Indian State”, Delhi Police in their supplementary chargesheet filed in the Northeast Delhi riots case have alleged, Indian Express reported.

According to the report, these submissions were made in the supplementary chargesheet filed against Khalid, who has been called a “veteran of sedition”; JNU student Sharjeel Imam, a “detonator”; and Faizan Khan, accused of supplying of providing and activating a SIM card, which was used by the Jamia Coordination Committee, a group of students and activists who protested against the Citizenship Amendment Act.

Police have alleged that Khalid “begrudgingly accepted the idea of India in 2016”, with a plan to break up India in 2020 where “all relations were based on the concept of Ummah, with total decimation of secular, national identities”.

Imam and Khalid’s lawyers refused to comment on the allegations.

Police filed the chargesheet before Additional Sessions Judge Amitabh Rawat under relevant sections of Unlawful Activities (Prevention) Act (UAPA) on Sunday. The three have also been accused of rioting, unlawful assembly, criminal conspiracy, murder, promoting enmity on grounds of religion, language, caste, etc and other sections of the IPC. The court took cognizance of the chargesheet on Tuesday.

The chargesheet stated that Khalid used his political acumen “knowing full well that Indian Muslims will never subscribe to the perverted definition of Islam”. Police stated that “Bangladeshi and Rohingya immigrants were the easiest to locate and use because of their socio-economic disadvantages and ghettoised living in the national capital”.

It stated that Khalid was the “convergence point of the twin lines of Pan-Islamica and Ultra-Left anarchism which had incubated, nurtured and propagated the common conspiracy, all squarely aimed at violent subjugation of the Government”.

Police have said Khalid has two “mutually reinforcing lines of thought”. One in which he followed the “template passed on to him in legacy by his father” and the second “being the ultra-left ideological space where he was trying to match up and at times overshadow the likes of Yogendra Yadav”.

Previous articleGujarat model of persecuting Muslims in full swing in J-K: Mehbooba on Para’s arrest
Next articleNon-local arrested for supplying drugs under the garb of selling honey in Budgam