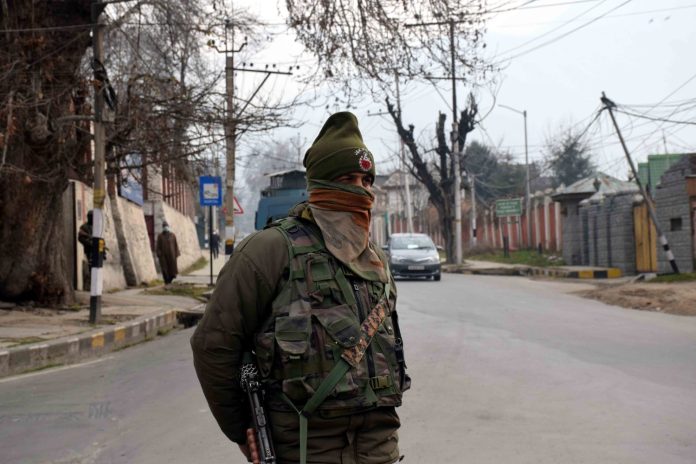 Srinagar: Peoples Democratic Party youth leaders Arif Laigaroo and Najim u Saqib have been arrested on Saturday following a protest march by the party against delimitation commission proposal.

Reports reaching Kashmir News Service (KNS) said that PDP leaders today held a protest march, however, it was foiled by the police and two PDP leaders Arif Laigaroo and Najim u Saqib were arrested.

Notably, PAGD leaders including Farooq Abdullah, Omar Abdullah and Mehbooba Mufti were put under house arrest after ahead of the proposed protest march against delimitation commission proposal. (KNS)