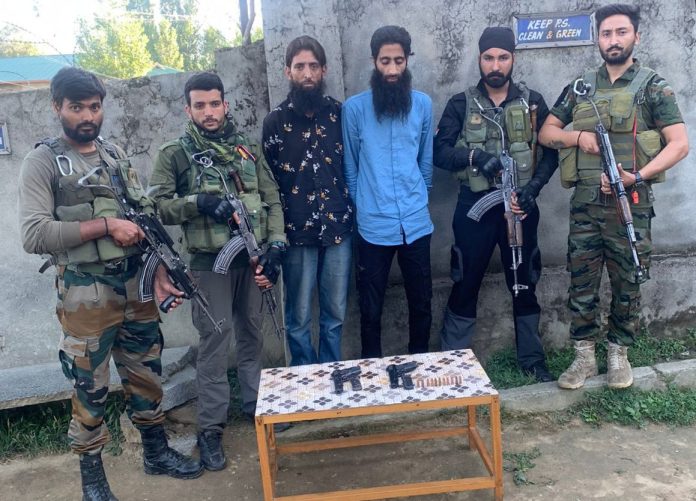 In a handout to a local news agency, Global News Service (GNS), the police said that today at about 5:30 pm, a joint naka by Sopore police, 32 RR and 92 CRPF was established at Hadipora Rafiabad in the jurisdiction of Police Station Dangiwacha.

During naka checking, two suspected persons coming from Lorihama link road towards Haddipora, on observing government forces at naka point, fled from road to nearby orchards and were chased and apprehended by the government forces.

According to police spokesperson, during searches 2 pistols and 2 pistol magzines along with 11 live cartridges were recovered from their possession.

He added: “Preliminary investigation has revealed that the arrested persons are hybrid militants of organisation LeT and were in constant search of an opportunity to carry out strikes on security forces and civilians.”