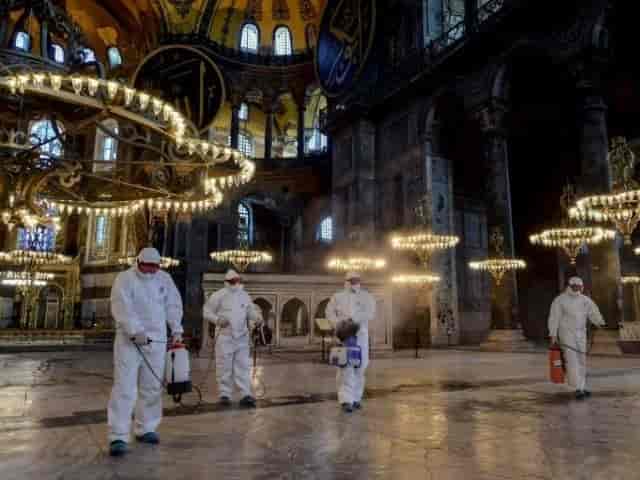 Turkey has quarantined thousands of pilgrims returning from Saudi Arabia, following the surge in the number of country of coronavirus cases.

The total number of confirmed incidents in over 80 million strong Turkey has reached 18, with 12 new cases — two related to the first case, seven from Europe and three from the United States, Health Minister Fahrettin Koca announced on Twitter.

“All the passengers returning from pilgrimage as of last night (Saturday) are being placed into separate rooms for quarantine” in student dorms in the capital Ankara and nearby Konya provinces, the minister was qouted as saying by AFP.

Koca said one of the pilgrims who returned from the umrah – the Islamic pilgrimage to Makkah – over the last week had tested positive.

“Those found suspicious are hospitalised as soon as they return and tested,” he said.

The umrah, which can be undertaken at any time of year, attracts millions of Muslims from across the globe annually. It remains unclear however how the coronavirus will affect the hajj, due to start in late July.

“The number of cases in Turkey has unfortunately risen to 18 today,” said Fahrettin Altun, the senior press aide of President Recep Tayyip Erdogan.

Turkey had mobilised all resources to confront this “unprecedented challenge”, he added. “We are implementing strong monitoring protocols in our land and sea borders in addition to already strict measures at our airports,” he tweeted.

Previous articlePakistan’s attempt to “politicise” a humanitarian issue is “unwarranted”: India
Next article“Dear world, how is the lockdown?”: Shoaib Akhtar tweets Kashmir meme