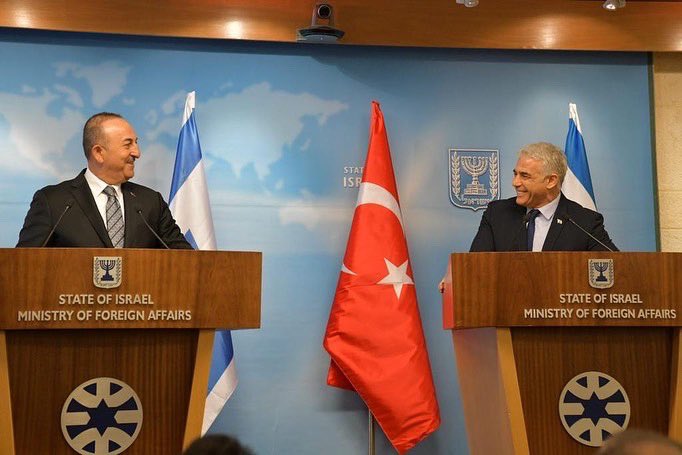 Mevlut Cavusoglu spoke in Jerusalem as part of the first visit by a senior Turkish official to Israel in 15 years. The trip comes as Israel and Turkey have worked to reset their relations after years of strained ties.

Speaking at a joint press conference with his Israeli counterpart, Cavusoglu said that working on a positive agenda can also help us to address our disagreements in a more constructive manner. Communications between President Recep Tayyip Erdogan and his Israeli counterpart helped calm tensions between Israel and the Palestinians in Jerusalem during Ramadan, he added.

Israeli Foreign Minister Yair Lapid said that the two countries have always known how to return to dialogue and cooperation.

Nations with long histories always know how to close one chapter and open a new one. That is what we are doing here today, he said.

Cavusoglu’s visit to Jerusalem followed a series of high level meetings with Palestinian officials in Ramallah, where he stated Turkey’s commitment to the Palestinians and their independence. The Turkish foreign minister said that he discussed the Israeli-Palestinian conflict with both parties, and we believe that the two-state solution with UN parameters is only the solution for a durable peace.

“We believe that normalisation of our ties will also have a positive impact on peaceful resolution of the conflict,” he said.